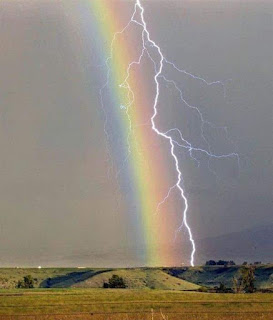 This year there will be an eclipse in conjunction with Guru Purnima.  For those doing sadhana, both Guru Purnima and eclipses are auspicious and mutiplying events, and with both occuring together they become even more powerful.  Times like these provide sadhaks with a great opportunity to deepen and make certain breakthroughs.  During eclipse, it is suggestable to have a primary focus which means that although one may do all of their various works, it is best to have one or two areas (via mantra/visualization/meditation etc.) which get the most attention.  Since this eclipse coincides with Guru Purnima, an obvious area of focus can be deeping one's conection with their Guru and/or the Guru Tattva.  In the tantric tradition, all mantras and works given from the mouth of the Guru are seen as the Guru, so any diksha mantra can be seen as a Guru mantra as well.  A nice practice for this integration is to first visualize (i.e. sit in accord with energry/presence) oneself as one's Guru and then as the Guru manifest the Devata.  In this visualization, one can visualize oneself as the Guru with the features of the Devata (or the Devata with the feature of the Guru), as this helps integrate the three principles (own Nature, Guru, and Devata/Mantra) as One.  There are many very powerful practices which can be done by a sadhak who can understand this type of work, and with integrity one can do Guru/Devata anga puja on their own form.

While diksha mantras can be seen as Guru, there are certainly manifestations which have closer connections with the Guru tattva, and both initiates and non-initiates may benefit greatly from doing certain works during this period.  Shiva is Adi-Guru so any work involving Mahadeva would be good, and Krishna also acted as Guru and can be propitiated.  Mantras for Veda Vyasa are very auspicious during Guru Puja, and this can be combined with Mritunjaya to make it more powerful.  For those who don't have a personal Guru or mantra, then the Guru Gita would be great to either chant or listen to during the eclipse period.  There are no limits to what one can do with sincerity and an open heart, so to all the great Beings of all times and those who have inspired you, do make a heart call and ask for their blessings.   For those who practice or admire teaching from the Buddhist tradition, one can do the mantra of Padmasambhava during this eclipse, and the prayer of Samantabhadra is especially powerful during eclipse (it is stated that if one sits as Samantabhadra and reads this prayer aloud, then anyone who even hears it will be liberated within seven lifetimes).   In terms of planetary sadhanas, the best choices for this eclipse would be Brihispati, Shukra, and/or Surya.

For those sadhaks who intend to sit chakra, for longer eclipses, it is best to sit the chakra at the end period of eclipse and for shorter eclipse, it's best to sit immediated after.  This eclipse is short, so best to do sadhana during and then sit a chakra after to seal it.

Posted by Kaal Ugranand at 3:42 PM No comments:

My apologies but I needed to change the dates for the online satsangs due
to a scheduling conflict.

Posted by Kaal Ugranand at 2:14 AM No comments: 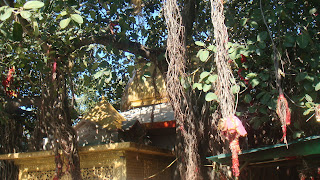 We are starting a monthly satsang which will take place online beginning in June.  Everyone is welcome to attend and while this format has certain limitations, it also provides opportunity and convenience to people who might not otherwise be able to meet up.  One does not need any prior interaction with me to attend and the content will be pertinent to any wisdom path.  I will be speaking upon areas which are fundamental to realization, proposing elements for one's consideration, as well as answer questions submitted by participants.  I will also be using the verses of some old monsters (i.e. great masters) for futher exploration and as jumping off points. (If someone has a verse of non-dual wisdom or aspiration which they'd like my take on, then it can also be sent to me.)  One need not feel like they have to ask questions or engage to attend, as one may feel free to just sit and listen while resting in the atmosphere.  The "content" one is forced to encounter in normal dailly life has progressively become more and more vapid, mean spirited, and anxiety inducing.  So I'd also like to present these satsangs as a place of rest both conventionally and ultimately (resting in awareness).  I have tried to pick a time for these satsangs which are accessible to people from various time zones (12:30 am EST)  The talks will be in English and a general familiarity with common spiritual terms will be presumed.   For those interested, the schedule and details of participation will be up on the website soon.  I'm looking forward to meeting and sitting together.
Posted by Kaal Ugranand at 10:09 PM No comments: 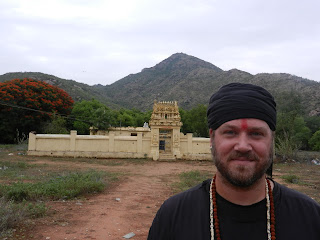 This years India program will be at Arunachala (Tiruvannamalai, Tamil Nadu) running March 31-April 7.  We suggest that people plan on arriving by March 30 if possible as the 31st will be a full day.  People can make their onward travel plans for the 8th (April 7th is purnima and we'll be doing parikrama and staying that night).  One's commitment and dakshina is due by February 1st.   One can contact Aadya (aadya68@gmail.com) with any questions or for particulars.
Posted by Kaal Ugranand at 12:33 AM No comments: 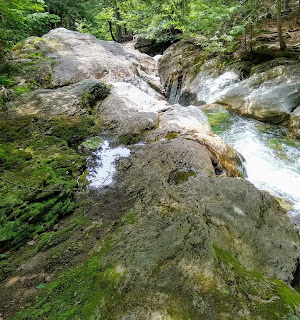 This years program in Cleveland will be September 23-29.  As with previous years, those who have already recieved initiation are welcome to attend the entire length, while anyone new who would like to either visit or recieve an initial diksha may come September 23 and 24.   Those seeking continuing works of previous empowerments may get those teachings, and I'll also be giving some new dikshas.  Those who would like to attend can contact Aadya at aadya68@gmail.com for all the information.
Posted by Kaal Ugranand at 5:29 PM No comments: 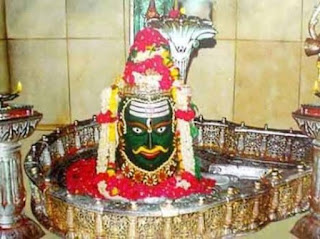 I've changed my mind concerning the February 2019 India program.  Instead of going to Arunachala, this program will be in Ujjain.

There are many powerful places here especailly for tantric sadhaks, so this will also be a sadhana program.   Of course, this is the place of Shri Mahakaaleshwar Jyoti Linga, as well as two Shakti Piths Harsiddhi and Gadkalika.  Harsiddhi is associated with the King Vikramaditya, while Kalidas got siddhi at Gadkalika.  While Mahakaaleshwar is the most famous Shiva temple, there are 84 Mahadeva temples in this area representing differing aspects, so we'll probally visit some of these.  The Mangalnath temple is supposed to be the birthplace of Mangal, so it is especailly auspicious in term of graha sites.  Another old temple is Chintamani Ganapati which we may explore.  Nearby Ujjain is the famous Kal Bhairav temple where the murti actually consumes liquor which is offered, so we'll definately go there.  Sandipani Muni's ashram is in Ujjain, and Krishna and Balarama spent time here with this Guru.  I'd like to visit this place, as well as the Samadhi of Matsyendranath which is nearby Ujjain.

While there are certainly many powerful places to visit, this will be a sadhana program and not a site seeing trip.  Our main areas of sadhana will be Chakratirtha and Gandharva Shamshans, which are said to be powerful creamation grounds.  These are also places where various tantrics and aghoris often practice, so those attending this program will be expected to move with a certain integrity and firmness of mind.

Those wanting to attend should let me know at the earliest possbile time.

Posted by Kaal Ugranand at 5:01 PM No comments: 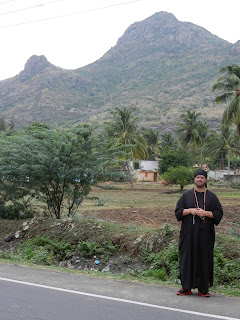 I'll be available for a program in Cleveland from September 10-16.  Anyone seeking an initial initiation to the path can come for the 10th and 11th, while sadhaks can come the entire week.  I'll be able to provide any secodary initiations to those who have met the commitments and require it.   People attending this program will also be given a protector/guardian work, which is a type of energy that one can always rely upon.   While the various Vidyas have protective qualities, having a specific protector has a unique quality and function.   They are very useful in helping a sadhak overcome inner and outer obstructions, as well as protecting one from both subtle and material harm.   This program will also have the theme of "vows" where we'll discuss their meaning and implication.  I'll be focusing tantric vows and discussing large scale "view based vows" such as the wrathful vows.   After a proper understanding of implications, those attending will also have an oppurtunity to take vows if they so desire.

The second program coming up will be February 2019, and this will be at Arunachala.  This will be a sadhana program with a big and healthy dose of Shiva.   We'll do the Giri Pradakshina a few times,  and there will be a lot of meditation work.  This place is ideal to both the introduction to and abiding in pure and primordial awareness.   I've written in various places about this power place, so those interested can read.  There needs to be a minimum of 3 people for this program, and a max of 5.  We'll need advance notice/commitment as we'll be renting a cottage or house.  http://shivakaal.blogspot.com/2013/05/arunachala-is-truly-holy-place.html
Posted by Kaal Ugranand at 3:34 PM No comments: